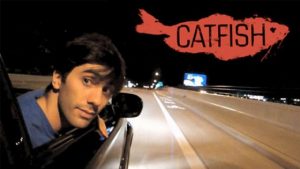 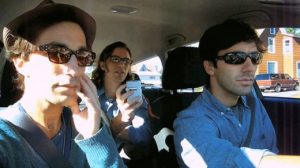 Catfish is a documentary by the three aspiring film-makers named above – Nev, Rel and Henry – but ultimately it is a cautionary tale which raises an issue relevant to modern life; that we are living in a society in which an increasing number of people spend more of their time (if not most of their time) interacting with others on-line. Social networking sites are a relatively new internet phenomenon and Catfish acts almost like a case study, highlighting potential abuses of the technology, but also positing some of the reasons these abuses are carried out. 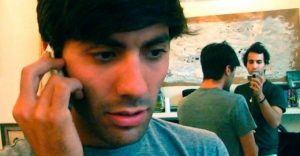 There has been some controversy about the choice of phrases used to get the viewer interested in Catfish : the trailer states that it is “The best Hitchcock film Hitchcock never directed” and that there is “A shattering conclusion”; the movie poster warns “Don’t let anyone tell you what it is”. The Hitchcock reference is nonsense but the whole sentence is meaningless so who can dispute it. The conclusion IS shattering, at least from the perspective of one of its ‘characters’ but it’s like watching something shatter in slow motion. As for not letting “anyone tell you what it is”, maybe that’s referring to its own trailer. Could the trailer be a reflection of the films core point? Is it an echo of deceptions?

If you can get beyond the noted (potential) misrepresentations, and you are interested in social media from a sociological or psychological perspective, you will find Catfish to be a fascinating piece of filmmaking. It looks at issues relating to internet manipulation in an attempt to understand the motives rather than accuse the manipulator; riveting viewing throughout.

This entry was posted in Film Reviews and tagged Catfish, Documentary, Review. Bookmark the permalink.